On behalf of the developer, we provide you with the latest images and information as of April 2019 from the One Islington Plaza construction site (UK Property Investment) in Liverpool, UK. Kindly click on the image below to access and flip through the update.

Living in the Knowledge Quarter

One Islington Plaza is the latest student development directly adjacent to Liverpool’s Knowledge Quarter, in the heart of Liverpool’s student district. One Islington Plaza will consist of 317 studio and ensuite clusters, with great facilities for student living such as communal lounges, entertainment and services. All ensuites have access to communal kitchens with appliances, including dishwashers, while all studios come with fully-fitted kitchens. The project is situated in an incredible location, within walking distance to major universities in Liverpool.

On behalf of the developer, we provide you with the latest updates as of April 2019 from the Aura construction site (UK Property Investment) in Liverpool, UK. Kindly click on the image below to access and flip through the update.

Aura is a brand new, purpose-built student accommodation development strategically positioned in Liverpool’s thriving Knowledge Quarter, the city’s education hub. The fully-managed development comprises en-suite rooms and studio suites, delivered fully-furnished and finished to a high standard. In addition to having a gym, yoga lounge and games room, this self-contained development has on-site laundry facilities, and a restaurant. Bike storage is available in the courtyard for the students’ convenience.

How Currency Can Increase Returns from Australia & UK Property Investment

Foreign Currency Can Be Your Aide with UK Property Investment

Hedge foreign currency wisely and make more returns on your investment, not just in stocks, but also in property such as Australia and UK property investment.

With 2019’s mediocre outlook for the local property market, Malaysian investors are turning to other avenues for growth. One area that has come to the forefront is the international property market.

Institutional investors are typically the biggest players in the international property investment space. Of late, however, more individual investors looking for rewarding returns, have been buying into foreign real estate.

As an investor, the key to making a profit is to understand your investments.

Investing internationally also means that you are actually making two separate investments —  you are not only investing in the currency, but also the investment itself.

Let’s say you bought RM1,000 worth of Apple shares in the US last year. This turned out to be a bad move, as Apple’s new phone sales were disappointing and the stock price dropped by 10%. You might think that your investment is only worth RM900 now.

You have an urgent need for cash and decide to sell your shares, even though the stock price went down. Strangely enough, you get back RM1,000, instead of the RM900 you were expecting to receive.

It turns out that the reason you were able to recoup your RM1,000 was because the US dollar appreciated against the ringgit by 10% over the period of your investment.

From the American investors’ point of view, this would have been a bad investment, as they would only have received 90% of what they put in. But, as a Malaysian investor, you benefited from the currency which hedged your investment.

You also bought RM1,000 worth of Amazon shares in the US, which was a better investment because their stock price increased by 10%. Now, since the US dollar appreciated against the ringgit by 10% during the same period, you made a total gain of 20%, making your investment now worth RM1,200.

Hedging the Currency & UK Property Investment: When & How

Stronger and more mature economies like the US and the UK tend to bounce back quickly after a recession. Developing countries, however, are more likely to take longer to recover economically from risks such as ongoing political instability.

It’s a good time to invest while your target currency is low because appreciation will multiply your returns. The following chart illustrates how the British pound and the US and Australian dollars performed against the ringgit over the past 24 years:

In the above chart you will see that these currencies achieved a similar peak growth historically, with the British pound having a poorer showing right now due to Brexit, as in the table below:

An analysis of the pound sterling shows a large drop after 2007, correlating with the 2007 global financial crisis (which wiped out the infamous Lehman Brothers). The pound went on to recover after 2013, but declined again after the Brexit announcement in 2016.

Presently, the pound remains weak due to the uncertainty of the UK’s future relationship with the EU. However, experts predict the pound will rise significantly following the confirmation of a trade deal.

Going back to our earlier examples of how currency exchange affects investments, this is a great opportunity for investors to take advantage of the pound’s weak state. If you buy UK property investment now when the pound is low, the subsequent rise in the value of the sterling can increase your returns greatly.

The fundamentals of the UK residential property market are strong — due to the critical shortage of housing supply in the face of rapidly rising demand — which will ensure continued steady capital and rental growth.

As an example, let’s consider a £240,000 house in Manchester, which achieves a conservative 5% rental yield and 5% capital growth per year. In 5 years’ time, the house would be worth £306,308 and you, as a landlord, would have collected £69,623 in rents. This gives an impressive 57% ROI, without taking into account currency fluctuations. If the pound rises by 10% during that period, your total ROI would shoot up to an amazing 72% after conversion.

We urge budding UK property investors to look at developing cities, especially those in the Northern Powerhouse region where large amounts of Government money has been invested into infrastructure and commercial development. These regional cities have showed strong growth recently, with room to move upwards. This means UK property investment provides good potential for high yields with lower risk.

The British pound is set to rise quickly, which means property investors can get better returns by buying now. Don’t miss out! If you are looking for UK property investment in the cities of London, Manchester, Birmingham and more — give us a call at (+65) 3163 8343 (Singapore), 03-2162 2260 (Malaysia), or email us at info@csiprop.com!

If you would like to read more on UK property investment, check out our Investment Guide here.

On behalf of the developer, we provide you with the latest images and information as of April 2019 from the construction site of Fabric Village in Liverpool, UK. Kindly click on the image below to access and flip through the update.

The Fabric Village is a new and stylish development comprising 449 studios (over 3 blocks) located in the heart of Liverpool’s city centre. Only a 9-minute walk away is the Lime Street Station, Liverpool’s main train station that provides access across the city. Close by is Liverpool One and St Johns Shopping Centre offering a great selection of leisure and retail outlets. Three major universities are within walking distance: The Royal Liverpool University Hospital is  7 mins away, while the University of Liverpool and Liverpool John Moores University is a 10 and 12-min walk respectively.

Which UK City is Defying Brexit? 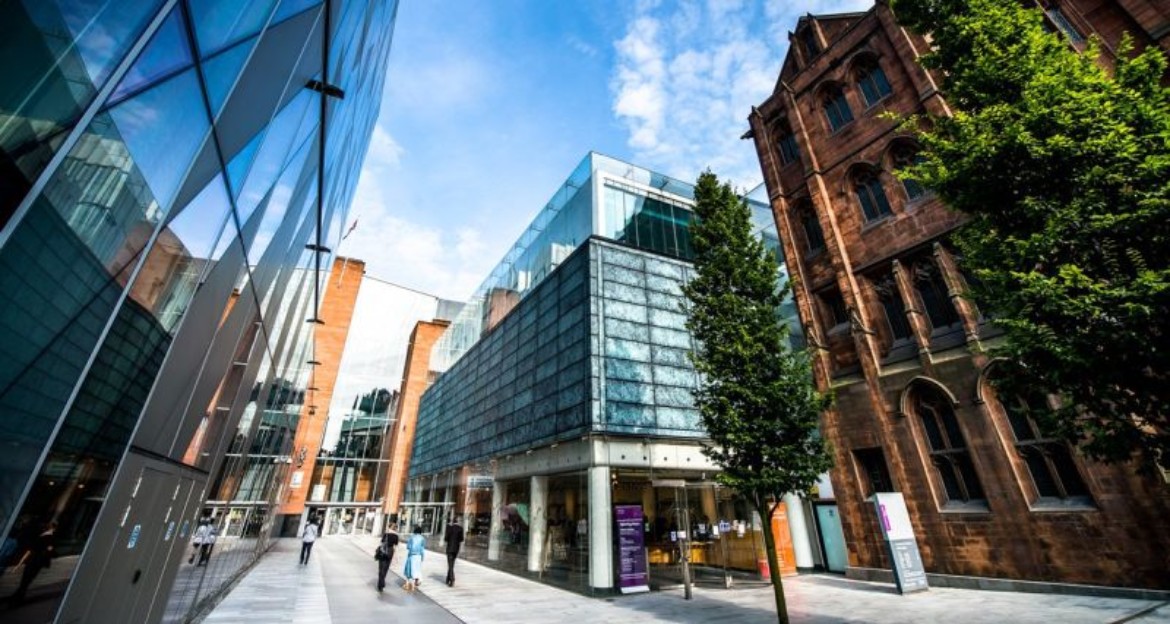 The focus of those looking at UK Property Investment: one of England’s rising stars, Manchester is undergoing huge economic growth and transformation, drawing young talents and businesses into its arms, and spurring an ever-increasing demand for housing in the city.