Oscars 2018: The UK Proves Itself Again 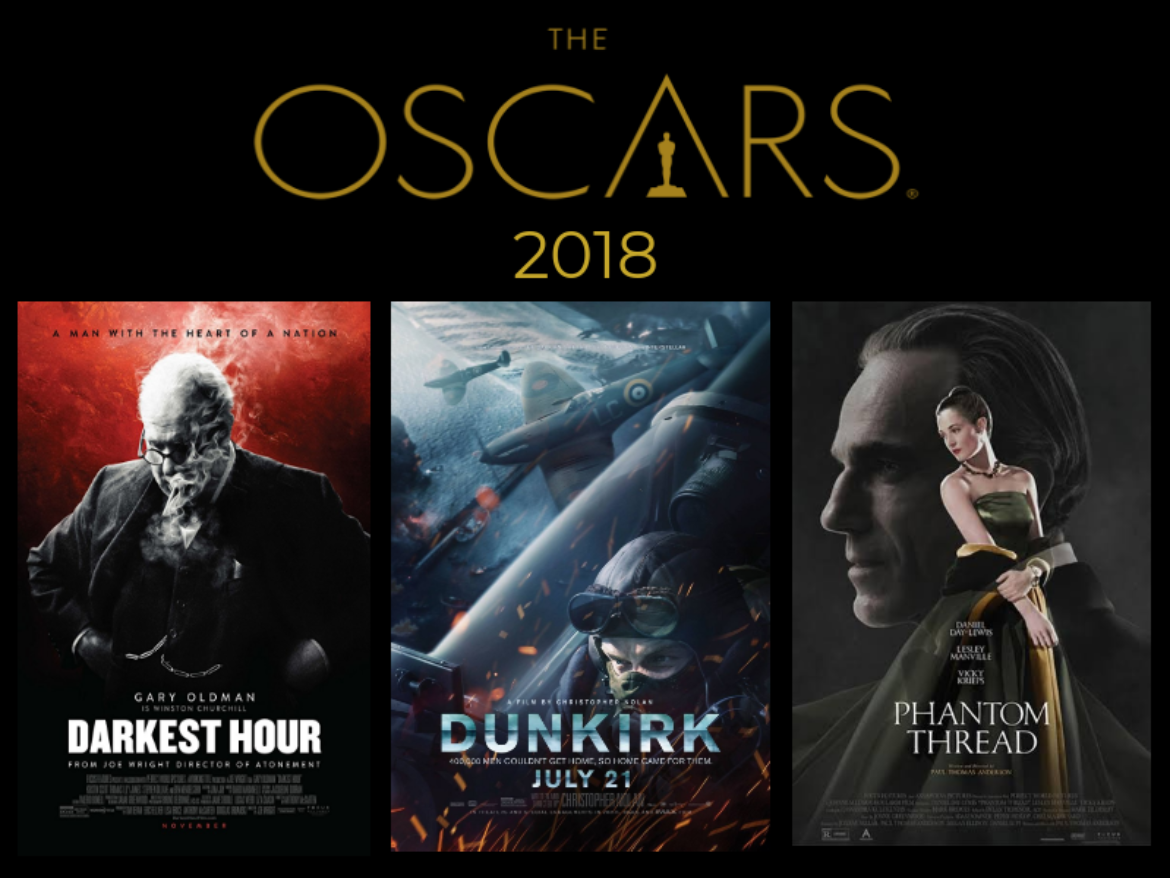 The 2018 Oscars was, in its own way, an homage to British history and talent, following the announcement of several British winners.

For as long as you and I have been alive, the UK has been a superpower. The expanding crosses of the Union Jack seem to be mirrored by Britain’s far-reaching hands of success into pretty much every industry: education, manufacturing, culture, fashion and more. And, if the 90th Academy Awards is anything to go by, then Britain’s film industry has surely demonstrated its triumph in the form of several golden statuettes.

The 2018 Oscars was, in its own way, an homage to British history and talent, following the announcement of several British winners.

Dunkirk, Christopher Nolan’s depiction of the Dunkirk evacuation in World War II, managed to scoop three out of seven awards it was nominated for, which are Best Film Editing, Best Sound Editing and Best Sound Mixing.

Following in Dunkirk’s success is Darkest Hour, a British war drama regarding Winston Churchill’s account of his early days as Prime Minister during World War II. For this, English actor Gary Oldman won Best Actor in a Leading Role for his portrayal of Winston Churchill while Kazuhiro Tsuji took the award for Best Makeup and Hairstyling.

The Oscars this time around, most definitely proved the UK is home to many talented artists and a thriving film industry — Christopher Nolan, director of Dunkirk amongst many other famous movies, revealed in Total Film that he was adamant that all of the cast be British for Dunkirk, which, evidently, worked out well in terms of film success and historical accuracy. Nolan himself was raised in Westminster, UK, crediting his own trip across the channel to Dunkirk and his knowledge of Britain’s rich history, for inspiring him to make the film.

Inspiration for the Darkest Hour came quite the same way, with the film’s equally decorated English director, Joe Wright being enamoured by Winston Churchill, and his interesting leadership qualities.

It goes without saying how important the filming locations were in bringing historical movies such as the Darkest Hour to life. Manchester, the second largest city in the UK, was featured heavily in the movie. Permission to film in Manchester Town Hall and John Rylands Library in the University of Manchester, which doubled for a World War II-era House of Parliament, provided the crew of the Darkest Hour the perfect solution to their location hunt.

Location manager Joe Cairns, explains, “We were met with such a warm welcome and the ease of filming at both busy city centre locations made the production’s experience in Manchester an extremely positive one. To now have Screen Manchester, which is the dedicated film office for the City of Manchester, further develops the city’s strong commitment to supporting film & TV production and the clear understanding of the huge investment it can add to the local economy.”

Screen Manchester was recently established as the city’s official film office, to support location filming in the area. Along with Manchester’s brand new film office are many other film offices and studios spread out across the country, proving that the UK has a good eye for spotting industries that provide great returns.

Not surprisingly, Manchester is home to the fastest-growing creative industry in the UK outside London, with some 48,515 people working in industries such as design, film and TV, publishing and architecture. Many defining achievements in science and technology come from Manchester, too. It is where the world’s first IVF baby was conceived, where they split the atom and isolated graphene.

See also  Should you invest in property in Singapore?

Manchester’s staggering development makes it an attractive place for investors looking for the next big thing to invest in. With all this economic progress happening in Manchester (and most of the UK, as proven with a little more research) one would be regretful not to take a look at the UK’s booming property market following high demand for more housing spaces. Should your interests extend beyond the Oscars and into real estate, please feel free to contact us. We can definitely help you with that!

What did you think about the Oscars 2018? Do you agree that the UK has much talent? Share with us your thoughts in the comment box below!