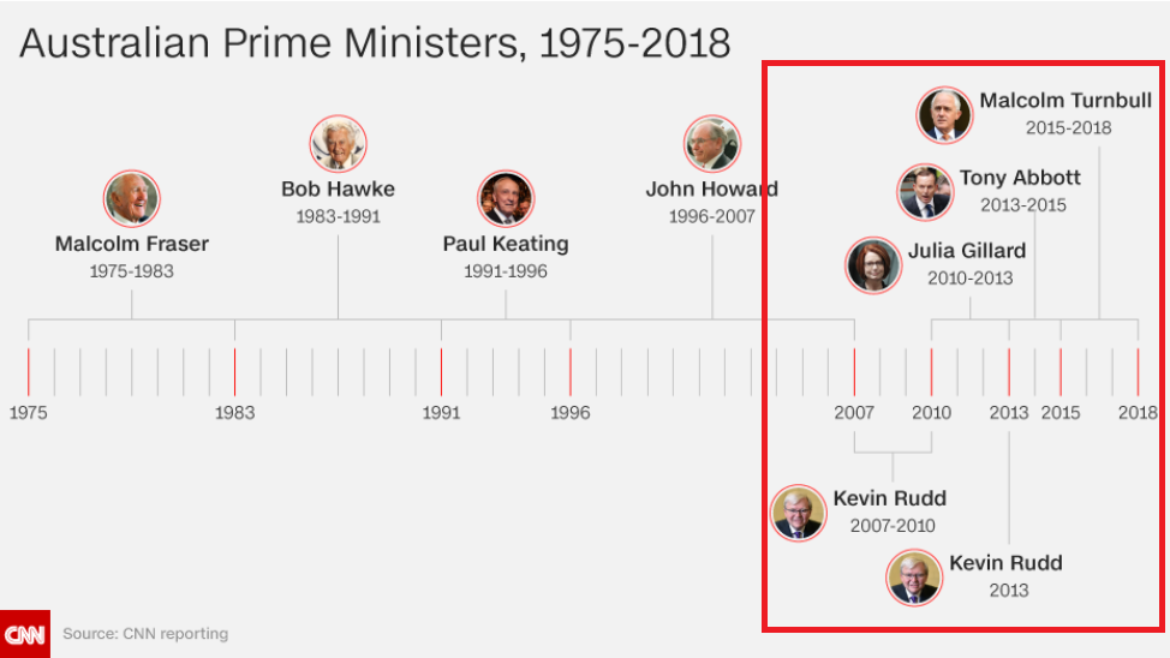 Exactly one week ago, Malcolm Turnbull saw his three-year reign at the helm replaced by former treasurer Scott Morrison, following much political chaos within the ruling Liberal party. Australians and foreign investors alike will be keeping an eye on what happens to the economy and housing market. Here’s a snapshot of the new Australian PM.

Scott Morrison, or ScoMo, is also Australia’s 30th Prime Minister — the sixth, in fact, in the last 11 years alone. In a closed-door meeting of Liberal lawmakers last week, Morrison won 45 votes to 40 over right-wing populist Peter Dutton. Morrison was known as the most conservative members of the Liberal’s moderate wing.

The Prime Minister is an observant pentecostal Christian who grew up in a Christian home, in the beachside suburb of Sydney. Married with 2 daughters (after a long 18-year wait and 10 attempts at in vitro fertilisation), Morrison had a brief career as a child actor, appearing in several TV commercials. He achieved some notoriety as managing director of Tourism Australia when he approved an $180m international advertising campaign that was subsequently banned in Britain for crass language.

Morrison’s exposure to politics began at a young age. At 9, he handed out “how to vote” pamphlets on behalf of his father, a former policeman and local councillor who served as mayor for a spell. He was elected  member of parliament in 2007, holding several positions in government, including minister of Social Services, minister of Immigration & Border Protection and, up until last week, Treasurer.

ScoMo was (in)famously an ardent supporter and enforcer of a contentious policy which turned away immigrants who tried to enter Australia illegally by boat. These asylum seekers were detained in offshore camps.

Conversely, when it comes to skilled migrants, Morrison is clearly a supporter and was known to rebutt former Prime Minister Tony Abbott’s proposal to cut migration rates.

According to Abbott, the current intake of permanent migrants had affected house prices and wage growth in Australia. He suggested that  immigration numbers to be cut by 80,000 a year.

The suggestion did not sit well with ScoMo who felt that Australia had benefitted tremendously from skilled migrants.

“If you cut the level of permanent immigration by 80,000 it would cost the budget, it would hit the bottom line — the deficit — by $4 billion to $5 billion over the next four years,” Morrison quickly countered.

“Basically the economy (would not be) growing at the same level and people who come as skilled migrants pay taxes, make a net contribution to the economy.

“Currently two-thirds of permanent migrants have skills needed by the economy. A cut in overall numbers would reduce the skilled total and emphasise family migration which ultimately gets more dependent on welfare,” he added.

Australia’s foreign migrant inflow continues to drive the growth of the housing market.

Morrison is a supporter of APRA’s regulatory controls, believing that it would help in rebalancing the market. This, according to an analysis in the Australian Financial Review, is part of what makes him a “property person’s prime minister”. He is no stranger to real estate, having worked as national policy and research manager for the Property Council of Australia for 6 years and, according to industry captains, has “shown a deft touch in managing fears around the overheated investment market”.

Morrison is well aware of the conditions of the housing market in Australia but holds a firm belief that the country is not headed towards a housing market crash, citing APRA’s regulatory controls to credit access will help create a smooth landing.

To date, Australia holds the record for not going through a recession for 26 years. During ScoMo’s watch as Treasurer, Australia’s economy grew 1% in 1Q2018 and 3.1% annually, placing Australia on top of advanced economies in terms of economic growth.

READ  Why do Smart Malaysians Invest in Australia Investment Property

Up until now, not a single Australian Prime Minister has completed a full term. The frequent upheavals have left foreign allies uncertain, according to experts.

In his speech, the newly minted prime minister said, “We will provide the stability, the unity, the direction, and the purpose that the Australian people expect from us.”

What happens from here is anyone’s guess. There are supporters and naysayers on both sides of the political divide, but ScoMo has, at the very least, until May 2019 when the country goes to the polls, to prove himself and the Liberal Party worthy.